Who is the biggest winner of Rio Olympic Game? 奥运最大的赢家是谁 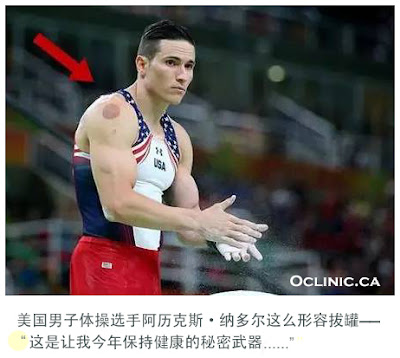 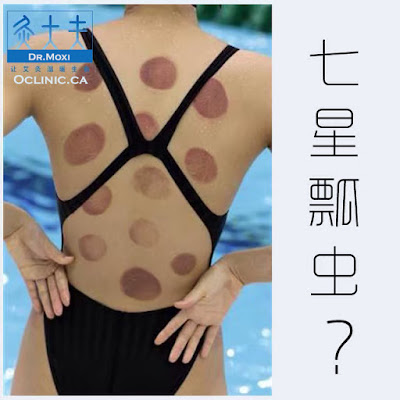 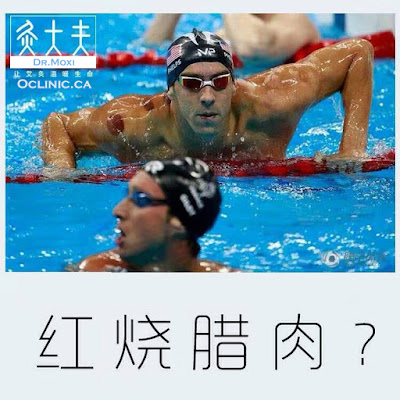 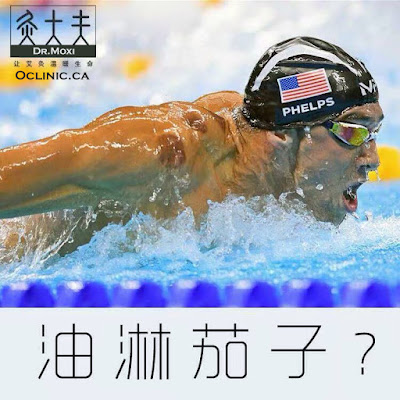 31-year-old Phelps led the US team win Olympic gold metal,
and became 19th Olympic Gold metal winner.
Attentive audience found his body has a lot of dark marks on his shoulder,
at first glance, we thought it was bruised after being hit,
and when you look closer ......
Actually these are cupping marks.
The British "Daily Mail" had reported that cupping therapy has been Phelps' favorite treatment for injury hurt. 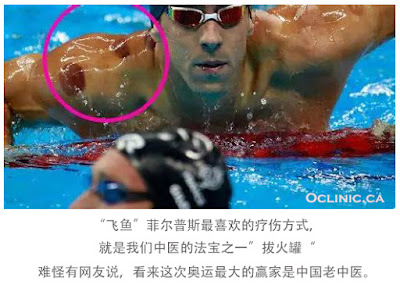 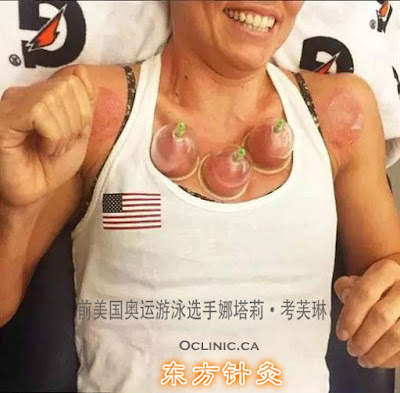 Lots of Olympic athletes have cupping marks, no wonder many people said that it seems the Traditional Chinese Medicine is the biggest winner of the Olympic game.