Is Acupuncture and Moxibustion an Effective Way to Treat Warts?

Oriental Acupuncture as a Treatment for Warts

Acupuncture or “zhen” in Chinese, has recently received accolades for its successful ability to treat a type of wart, called the “flat wart”, a recently published study in the International Journal of Dermatology has found.
Do not confuse flat warts with plantar warts, they are very different.  Flat warts are typically seen in teenagers and children rather than on adults.  Usually clustered together in dozens, sometimes even as many as 100 on one part of the body.  Often times the flat warts are defeated by the immune system with the young person “grows out” of the infection.

Oriental Acupuncture for the Treatment of Plantar Warts

The Acupuncture treatment for plantar warts destroys the infected skin cells.  This is done by having the acupuncture needles inserted into the skin surrounding the wart.  The needles are then used to lift the area around the wart at which point additional needles can be inserted beneath the infection.  Thereby allowing the Chi and the body’s natural defenses to attack and destroy the infection.
In conjunction with acupuncture, we have moxibustion or “jiu” in Chinese.  Often times seen together “zhen jiu” = acupuncture + moxibustion.  Moxibustion is the burning of mugwort to help with the healing process.  You may recall if you’ve never experienced acupuncture yourself, that in some movies when acupuncture is being performed the end of the needles have wisps of smoke rising from them.  The smoke is from the spongy mugwort herb being burned.
In treating plantar warts, often the direct moxibustion method is used in TCM.  The burning mugwort is placed directly on the infected area in a small cone-like shape.  The underlying wart and skin are burned by the moxibustion, which an herbal burn cream is subsequently applied to help with the healing process.

Is Using Acupuncture and Moxibustion an Effective Way to Treat Warts? 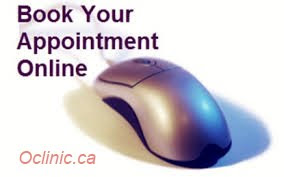 Book an Appointment with our Therapists online Now
Or Call Oriental Acupuncture Clinic today at 416-800-3978
to set up your first appointment!
Healing from the root, beyond treating symptoms.
So you can experience greater health and well-being!

Chinese Herbal Medicine to Get Rid of Warts

The herb brucea javanica, Ya Dan Zi in the TCM vernacular, comes from a shrub of about 1-3m high. Ya Dan Zi has amoebicidal, and antibacterial pharmacological activities as studies in animals and humans have shown. Grinding the herb into a paste it is applied directly to the surface of the wart.

Other uses of brucea javanica in traditional Chinese medicine are centipede bites, hemorrhoids, and corns.
It should be noted that using Ya Dan Zi is not an FDA approved medicine for the treatment of warts.
Email ThisBlogThis!Share to TwitterShare to FacebookShare to Pinterest