Infertility? Acupuncture is a great option along with IVF or IUI

Acupuncture has been used successfully for infertility treatment for thousands of years, which offers an effective, time-tested approach to enhancing fertility and treating infertility.

Acupuncture can be used in combination with conventional reproductive medical care or as a primary treatment approach, for women who taking fertility drugs or reproductive technology techniques (such as IVF or IUI). Celine Dion's pregnancy with twins was the result of her sixth In-Vitro Fertilization attempt and she turned to acupuncture therapy to improve her chances of getting pregnant. 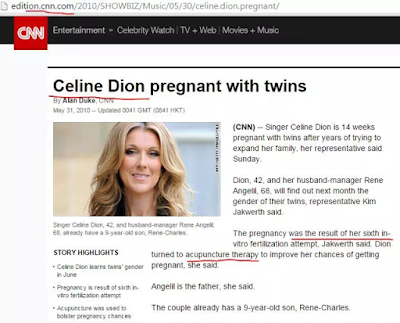 Acupuncture can also be effective as a stand-alone approach to treat infertility for those not undergoing conventional medical treatment. Acupuncture helps to regulate hormonal activity, thus regulating menstruation, ovulation, and pregnancy.
A recent study from the British Medical Journal found that among women who received acupuncture and IVF, the pregnancy rates were 65% higher and the rates of live births were nearly twice as high than among women who received IVF with sham acupuncture or no acupuncture.
Acupuncture helps to reduce stress and decrease the hyper sympathetic nervous system response. Studies have shown that high stress levels decrease the likelihood of conceiving. Acupuncture has been shown to stimulate chemical changes within the uterine lining, thickening the endometrium, and preparing the uterus for implantation.

For men, acupuncture can improve sperm motility, volume and concentration as well as increase libido. From the perspective of Chinese medicine, optimum fertility enhancement would involve a course of treatments with the aim of nourishing the Kidney Essence and regulating the menstrual cycle as well as clearing any pathogens that may be interfering with the natural process of conception.
How Acupuncture Works

The ancient Chinese believed that there is a universal life energy, called Qi, present in all things ranging from infinitely tiny molecules to living breathing human beings.
This Qi is said to circulate throughout the body along specific pathways or meridians. As long as this energy flows freely throughout the meridians, health is maintained, but once the flow of energy is blocked, the homeostatic system is disrupted resulting in pain or illness.
Visualize if you will, rivers that flood and cause disasters or an electrical grid short-circuiting that causes blackouts etc. This is what happens to our somatic and spiritual landscapes when our Qi is not flowing harmoniously. The insertion of needles into specific points on these “channels” allows for the manipulation and harmonization of ones Qi, which results in improved health, and thus, increased fertility. 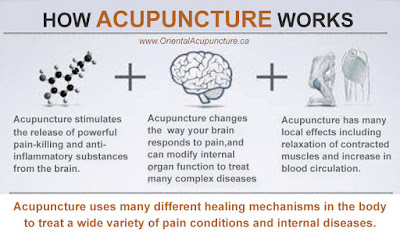 Acupuncture a Brief History
Acupuncture and moxibustion have been used in the Far East to restore, promote, and maintain good health for over 5000 years. The first acupuncture needles were made from stone, and then later from bronze, gold and silver. The first known medical account of acupuncture was The Yellow Emperor’s Classic of Internal Medicine (Huang Di Nei Jing Su Wen), which dates from around 300 BC. 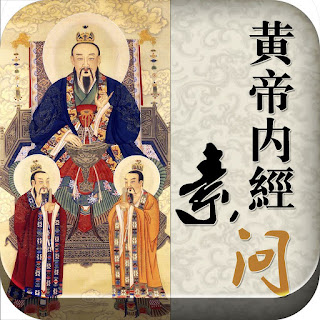 Acupuncture is rooted in the Daoist philosophy of change, growth, balance, and harmony. The Yellow Emperor’s Classic outlines the principles of natural law and the phases of life – yin and yang, the five elements, the organ system and the meridian network along which the vital acupuncture points are located. These records also contain details of pathology and physiology, which some 2,000 years later provide the theoretical foundation for acupuncture today.
Although acupuncture is used far more extensively in China than in the West, the last few decades have seen huge growth in people seeking the benefits of this safe and highly effective treatment.

10 Ways that Acupuncture can help Fertility

One of Jarry's successful case of acupuncture for infertility 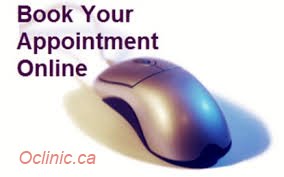 Book an Appointment with our Therapists online

to set up your first appointment!
Healing from the root, beyond treating symptoms.
So you can experience greater health and well-being!

With Jarry's 30+ years clinical experience, you will feel the difference.