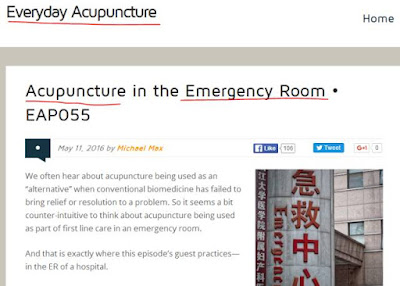 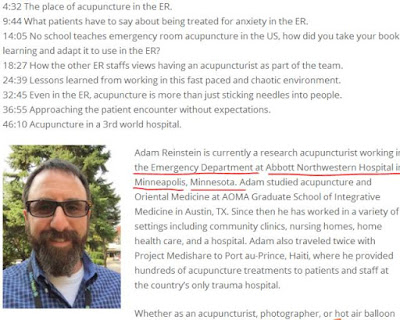 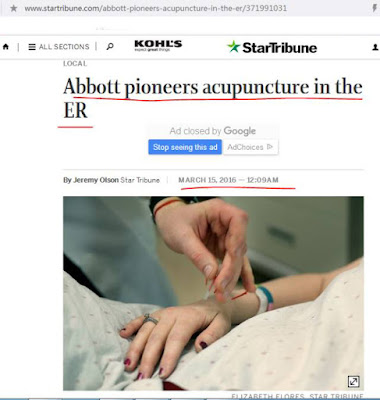 Abbott Northwestern Hospital is the largest private hospital in the Twin Cities, Abbott Northwestern is reconized nationally and locally for its exceptional expertise and care. Each year, the hospital serves more than 200,000 patients and their families from across the Twin Cities and Upper Midwest. Abbott pioneers acupuncture in the Emergency Room. 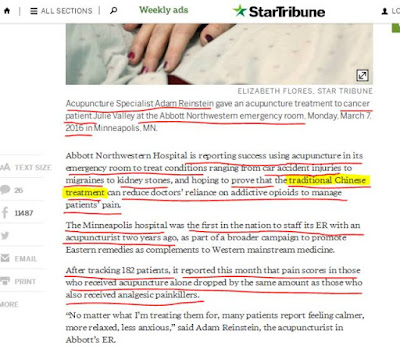 Abbott Northwestern Hospital is reporting success using acupuncture in its emergency room to treat condition ranging from car accident injuries to migraines to kidney stones, and hoping to prove that the traditional Chinese treatment can reduce doctors' reliance on addictive opioids to manage patients' pain.

The Minneapolis hospital was the first in the nation to staff its Emergency Room with an acupuncturist two years ago, as part of  a broader campaign to promote Eastern remedies as complements to Western mainstream medicine. 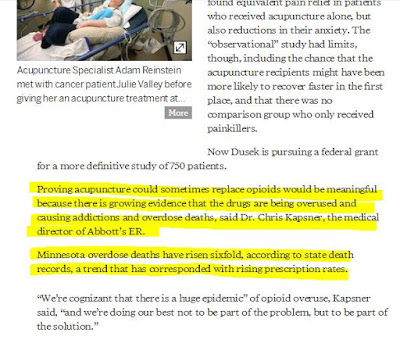 Proving acupuncture could sometimes replace opioids would be meaningful because there is growing evidence that the drugs are being overused and causing addictions and overdose deaths, said Dr.Chris Kapsner, the medical director of Abbott's Emergency Room.

Minnesota overdose deaths have risen sixfold, according to state death records, a trend that has corresponded with rising prescription rates. 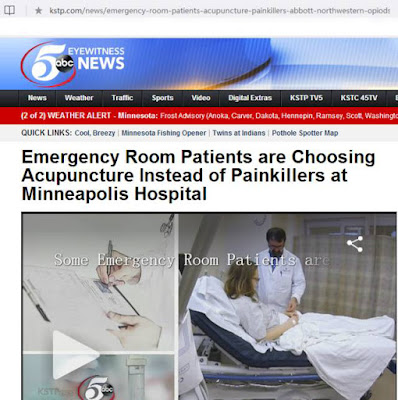 Emergency Room Patients are choosing Acupuncture Instead of Painkillers at Minneapolis Hospital. 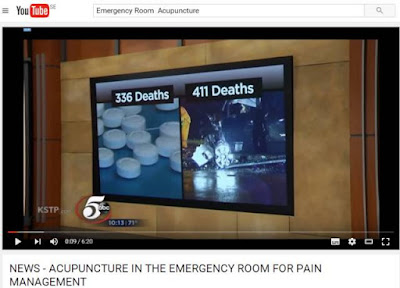 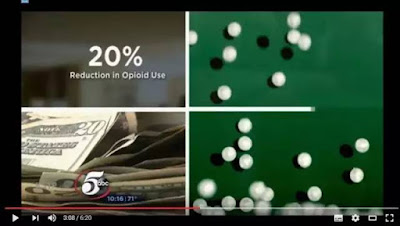 Since the hospital using acupuncture for pain management in the ER, they have reduced 20% of the Opioids usage and also reduce the cost.

Note: Opioids are mainly used for moderate to severe pain treatment, such as cancer pain. Opioid analgesics include codeine, dihydrocodeine, hydromorphone, oxycodone, methadone, morphine, fentanyl, pethidine (meperidine) and tramadol and so on.

ABC News report the Acupuncture in the hospital ER(Emergency Room)