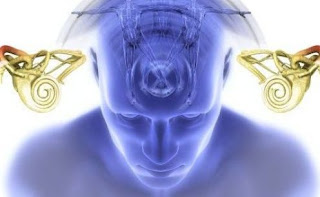 Vertigo is the most dramatic and distressing symptom of Meniere's; it is described as a sudden loss of normal balance or equilibrium. The room may suddenly begin to spin and rotate at high speed. Focusing is difficult, and if vertigo continues, nausea and vomiting may occur. Vertigo is commonly caused by acute labyrinthitis (a viral inflammation of the inner ear), benign positional vertigo (a condition due to abnormally floating crystals in the inner ear that stimulate the nerve endings of the inner ear), delayed symptom of head injury, or result of cervical spine problems.

Hearing loss typically fluctuates with hearing being worse some days than others. The hearing loss in Meniere's may lead to severe permanent hearing loss and deafness in the affected ear.

People with Meniere's disease report that tinnitus may be variable and often worsen before an attack of vertigo. Tinnitus is often described as a motor-like whirring noise present only in the ear with hearing loss.

Pressure or senses of fullness in the affected ear are also common. 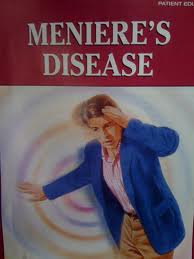 In Oriental Ensure Acupuncture clinic, we have a number of patients who were convinced that they had run out of options after finding medications and/or surgery to be ineffective for their needs.  Many of these people try acupuncture as a last resort.  Acupuncture offers effective treatment for Meniere's disease. Not only does acupuncture treat symptoms but also treats the root causes of this illness.

Based on Traditional Chinese Medicine theory, Meniere's disease falls under the traditional Chinese medical disease category of Xuan Yun or vertigo and dizziness. It is mostly due to either liver-kidney yin vacuity with ascendant liver yang hyperactivity or spleen-stomach loss of fortification with phlegm turbidity obstructing the center and confounding and misting the clear yang.
Acupuncture /Acupressure Points for Dizziness / Vertigo 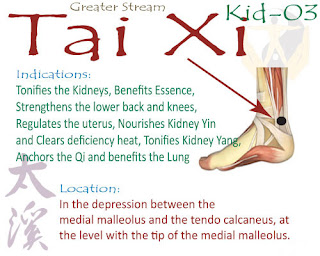 Tai Xi（KI 3） is the source point of the kidney which enriches water so that it may moisten or sprinkle wood. This point also fosters or helps fill yin essence. Thus this protocol uses a combination of local points with chosen points on the body based on the patient's pattern discrimination. Such a combination treats both the root and tip or branches of Meniere's disease and so it gets quite good therapeutic effects. 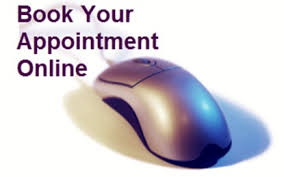 Or Call Oriental Acupuncture Clinic today at 416-800-3978
to set up your first appointment!
Healing from the root, beyond treating symptoms.
So you can experience greater health and well-being!

With Jarry's 30+ years of clinical experience, you will feel the difference.